Genetically modified (GM) crops are playing an increasingly significant role in global agriculture, and quite literally changing the face of our planet. Unfortunately, science has a rich history of inadvertently messing things up, which raises a question: should we be concerned about GM crops too? There are five major worries that people commonly hold regarding the technology:

If you’ve already read up on What Genetic Modification Is and What the Heck is Out There, you have all the background needed for us to turn up our coat collars, dive boldly in and see where the evidence leads on these questions.

We’ve mentioned previously that of the millions of hectares of different GM crops out there, just two types of modification account for almost all of them: herbicide tolerance and insect resistance. It’s worth understanding these in a bit more detail before addressing the five major worries.

Herbicide tolerance is a modification that allows plants to survive a synthetic chemical called glyphosate. Glyphosate was created by Monsanto in the 1970s and brought to market as “Roundup”. After their patent expired in 2000, glyphosate use expanded greatly, soon becoming the most widely used herbicide in the world. It has been described as a “one in a 100-year discovery that is as important for reliable global food production as penicillin is for battling diseases.” This weighty claim is worth taking seriously.

Glyphosate interferes with a protein called EPSPS which is critical for growth. This protein is only found in plants and bacteria, meaning glyphosate has minimal toxicity toward humans and other animals. It is also cheap, has a relatively short half-life in the environment, and has replaced the use of several more toxic and persistent herbicides.

“Roundup Ready” plants, developed by Monsanto, contain a modified copy of the EPSPS gene which lets them grow even in the presence of glyphosate. This means that farmers can spray glyphosate on their Roundup Ready crop, and only weeds and competing plants will be killed. This represents a vast simplification of pest management strategies.

Fun fact: the modified EPSPS gene was isolated from a bacterium found growing in a glyphosate manufacturing waste stream.

Micrograph of a colony of bacillus thuringiensis

The other major crop modification, insect tolerance, is achieved by giving plants a gene to make “Bt”. Bt is a naturally occurring protein that gets its name from its creator: Bacillus thuringiensis, a common soil bacterium. A simple overview of the Bt system is provided by the European Commission.

When Bt is ingested by an insect, it is activated by the alkaline environment of the insect’s stomach and becomes toxic. It interferes with the insect’s digestive tract, eventually causing the insect to starve to death. Because humans and other vertebrates have acidic stomachs, any Bt ingested remains in its non-active form, and is therefore not toxic. A review from the European Food Safety Authority (see p. 8) reached this same conclusion of Bt non-toxicity in mammals. Furthermore, Bt is only harmful to insects that ingest it, meaning that beneficial insects like honeybees, which don’t eat crop plants, are left unscathed.

Bt has been used as an insecticide since the ’60s, when it was approved in Germany as a spray. Because Bt is a naturally-occurring product, it is also commonly used on organic farms as a spray – there’s a good chance your organic kale was grown with the help of Bt. Genetically modified Bt crops let farmers skip the spraying step, instead making the protein automatically inside their cells, where it will only harm any insects which eat the plant.

It turns out that this question has the clearest answer of all: GM food is in no way dangerous to human health. Follow this link for more information and references about the safety of GM food than you could possibly care to read. In short though:

“There are nearly 2000 peer-reviewed reports in the scientific literature which document the general safety and nutritional wholesomeness of GM foods and feeds.”

A selection of the many scientific and medical organisations that have publicly supported this assessment: 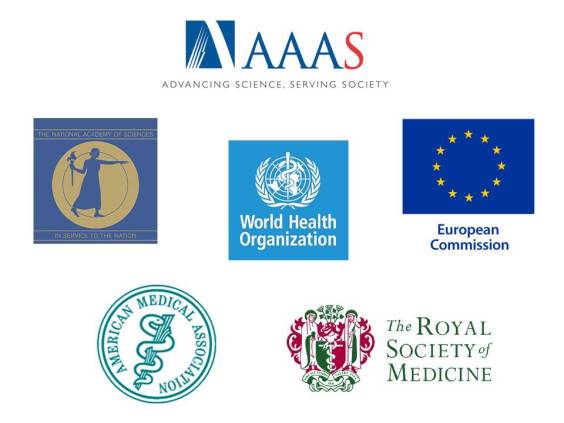 For a GM crop to be certified as safe for human consumption by organisations like the FDA, it must display “nutritional equivalence” to its non-GM counterpart. Remember, the fundamental change in a GM plant is that it has a few extra genes sprinkled amongst tens of thousands of genes, making one extra protein amongst tens of thousands. This means that nutritional equivalence is not surprising.

The main risk of introduced proteins is that they could cause an allergic reaction. Accordingly, allergenicity testing is a strict requirement for any proposed GM crop. This testing is effective, and to date, “no biotech proteins in foods have been documented to cause allergic reactions.” Interestingly, GM technology can actually be used to go the other way, remove existing allergens from food.

If you have any lingering doubts about the health safety of GM food, hopefully this 29-year study of over 100 billion GM-fed animals will satisfy them.

2 & 3. Do GM crops lead to increased pesticide use, and are farmers exploited by biotech companies?

We’ve seen that Roundup Ready crops can survive copious spraying of glyphosate. Could this encourage farmers to apply the chemical recklessly? If so this is a worry, as the more glyphosate that is used, the more pressure there is on weeds to develop resistance, necessitating the use of ever greater quantities of glyphosate. As for exploitation of farmers, claims along the following lines are well-known: “Roundup Ready crops do not increase the yield or profits of farmers, [and so] only serve to benefit Monsanto.”

To address these two issues, we turn to the latest and most comprehensive peer-reviewed meta-analysis of the economic impacts of GM crops, published in 2014 in the journal PLOS ONE.

The authors screened over 20,000 agronomic studies, narrowing down to a set of 147 which met stringent criteria for inclusion. They analysed a range of factors, including yield, pesticide use and farmer profits. Here are their results when comparing GM crops to conventional ones. *** indicates high statistical significance (at the 0.01 level):

So they found that, on average, GM crops increase yield by 21.6%, decrease pesticide used by 36.9%, and increase farmer profits by a whopping 68.2%. There is no significant effect on total production cost. As the authors explain, although GM seeds are more expensive than conventional ones, this cost is offset by savings in pesticide use and manual pest control.

These results may come as a surprise; however, the story changes when we separate out herbicide tolerant (Roundup Ready) and insect resistant (Bt) crops. Analysed on their own, Roundup Ready crops only increase yield by about 9% (compared to 25% for Bt crops), and while both types of modification increase farmer profit by around 68% on average, this figure is extremely variable for Roundup Ready crops. It seems that they are sometimes great for profits (150% increases or more), but other times they actually hurt profits badly (-24% or worse). Also notably, the decrease seen on the graph in pesticide use is due entirely to Bt crops (which use 42% less than conventional crops). Roundup Ready crops seem to need just as much pesticide as conventional crops.

The take-home message is that not all GMOs are created equally. Overall, genetic modification has been a great boon to farmer profits and played a role in decreasing pesticide use, but it will be necessary to evaluate each new modification on its own merits.

4. Can genes from GM plants spread into the wild?

Is it possible that GM crops could escape into the environment and run rampant much like an introduced species, or perhaps breed with weeds/wild relatives to create a so-called “superweed“?

First, the scary news: breeding of crop plants with wild ones occurs constantly. Rapeseed can mate with turnip rape, genes from cultivated maize can cross to wild maize, and sugar beet can form hybrids with garden beet. This process happens for both GM crops and crops bred over time for selected traits.

Furthermore, it turns out that glyphosate-resistant weeds have already emerged, with half of all U.S. farms now struggling to control these pests. While this is a serious issue for food security and highlights the danger of relying on a single pest-control mechanism, the resistance is not due to GM genes escaping. Rather, it has evolved independently in the weeds. Such evolution is ubiquitous and inevitable, and the same process underlies multidrug-resistant bacteria, insects overcoming every insecticide ever made (including Bt), and why effective cancer drugs are extremely difficult to develop.

Short of some game-changing technological breakthrough, humans will always be locked into these evolutionary battles against pests and diseases.

Regardless, do we need to be concerned about the spread of GM genes? It depends on the modification, but the answer will often be “not really.” To understand why, let’s consider a critical Darwinian question:

“Will the extra protein(s) give the GM plant an advantage over wild ones?”

It costs a plant resources to make proteins, so if those proteins don’t do something to give the plant a leg up over its competitors, the plant won’t spread. Glyphosate doesn’t exist in nature, so building glyphosate-resistance proteins is just dead weight.

On the other hand, there are modifications, such as faster growth or insect resistance, that could conceivably give a GM plant an advantage over competitors – Bt is a good candidate. In these cases, management strategies such as seed sterility, buffer zones, and altered flowering timing are critical for ecological safety.

Biological traits like mobility and intelligence are super complicated to even understand, let alone engineer. We’re probably safe on this front for a long while yet.

Do we actually need GM crops?

We’ve seen that, thankfully, a lot of the criticisms and worries around GM crops don’t stand up to scrutiny. It’s clear that, overall, GM crops have increased yield and farmer profits, decreased pesticide use, and are safe for human consumption. Nonetheless, it may be worth considering whether we really need GM crops. There will always be unknown risks involved in tampering with complex systems such as global agriculture, and these unknowns may exceed the known benefits.

One of the strongest arguments in favour of GM food rests on the projected global population for the coming century, which is set to increase significantly. Agriculture already covers about a third of the world’s landmass, and short of further deforestation, there simply isn’t more space to devote to it. This means that if we are to feed a growing population, yield per hectare will have to increase. It will be difficult to achieve these increases without (and possibly even with) turning to GM technology – especially in the face of climate change.

Another argument is one of humanitarianism and international development. Contrary to common perception, 90% of GM crop farmers live in developing countries, largely China and India, and till small resource-poor farms. We have seen that GM crops typically lead to increased yields and profits for farmers. Anecdotally (see link above), this extra income often goes to financing things like improved access to health care and education.

Maybe the apocalypse isn’t quite so nigh as we may have feared.

Want to learn more? Two reputable and well-researched websites are the Genetic Literacy Project, and the European Union’s GMOcompass.

One thought on “GMOs Pt 4: Is the Apocalypse Nigh?”